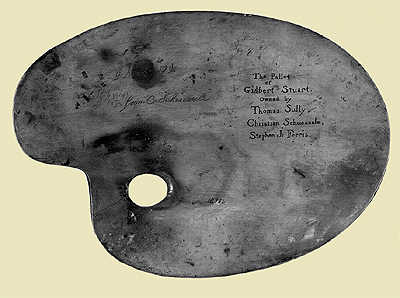 This Spring I will be conducting a week-long workshop on historic grounds and palette settings in the Aristides Classical Atelier here in Seattle.
I'm honored to have been asked to work with Juliette and her well trained atelier pupils for this fun intensive workshop.
We will be covering bolus earth grounds and techniques based on certain 17th century Neapolitan painters and also the grounds and palette settings of many of the leading portrait painters of the 18th c.
Juliette is a wonderful artist, scholar, educator and popular author and it will really be a lot of fun to work closely with her on this.
If you haven't seen her work, here is a link: http://www.aristidesarts.com/ 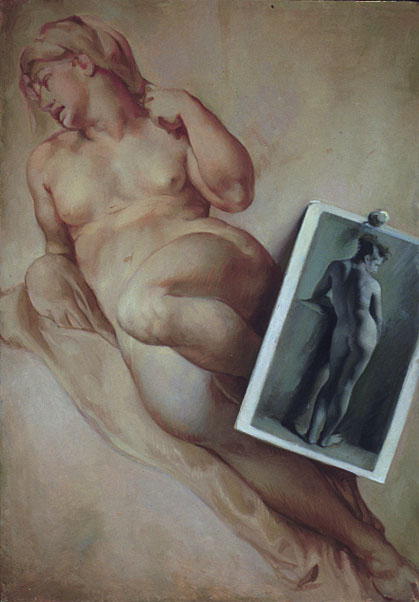 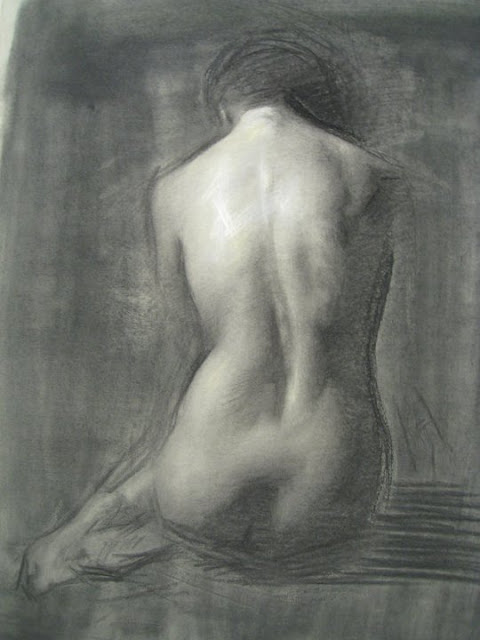 Posted by Michael Lane at 6:50 AM No comments: 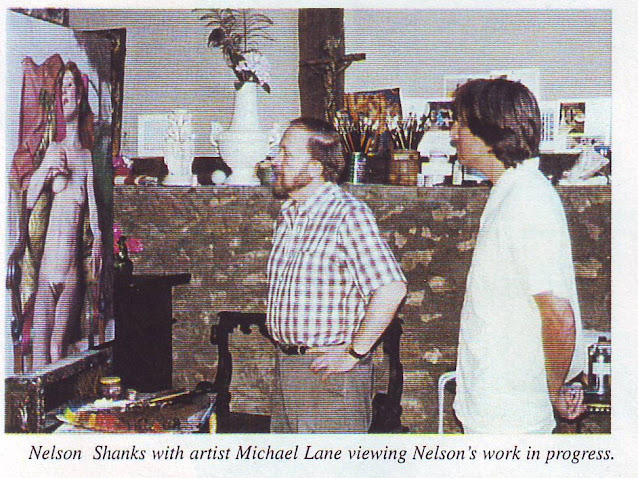 This image is from an article in "The Portrait Signature" magazine, written by Bart Lindstrom, about my teacher and mentor Nelson Shanks.
In the article there is a mention of my successful efforts to create a "master class" at the Pennsylvania Academy of the Fine Arts (the first such class ever offered at PAFA) which would include an exhibition in the museum.
That is how I got to know Nelson.
His home and studio were located 20 minutes from Philadelphia and there had always been talk around the academy of his, then defunct, apprenticeship program, which involved intense one-on-one study at his home and studio.
My friends and I used to go see his work at More Gallery in center city and would often discuss our reactions to and fascination with it.
When I first met Nelson he was telling me that he had never been invited to do anything at PAFA in all the years he had lived in Bucks County (just next to Philadelphia). I thought that if I wanted to take a class with him that I would have to create one that he would be willing to teach so I took up a petition among the students and some of the faculty ( Al Gury, Deborah Deichler and Edith Neff) also signed it.
There was a new President at PAFA, Gresham Riley, and he was receptive to the idea, so I made appointments to meet with him to further discuss the possibilities of creating this kind of class.
When Nelson received a letter from Riley inviting him to teach a workshop/seminar at the academy, which would also include a solo show in the academy museum, he was more than happy to invite me over for dinner (risotto and beer) to get to know me.
The following morning, at 6am, I was back there working in his studio and I just kept returning day after day, each day proving my willingness to be there by working very hard. I recall that I lost a lot of weight running for trains and working long hours but the education I received was better than I had ever hoped for and I am very grateful to Nelson for taking the time to teach me.
Here is the entire article. 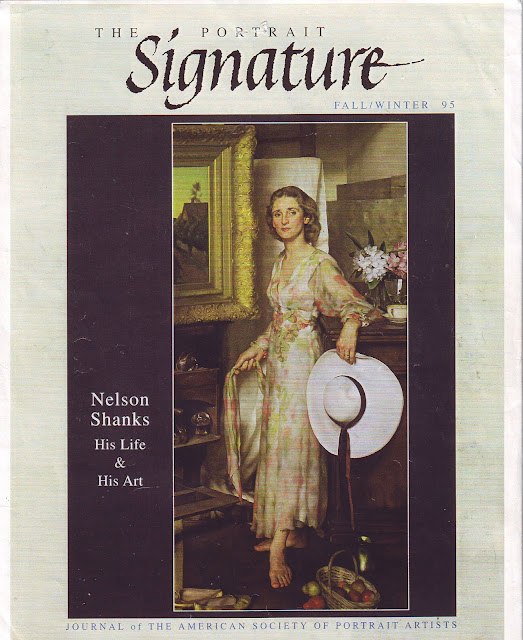 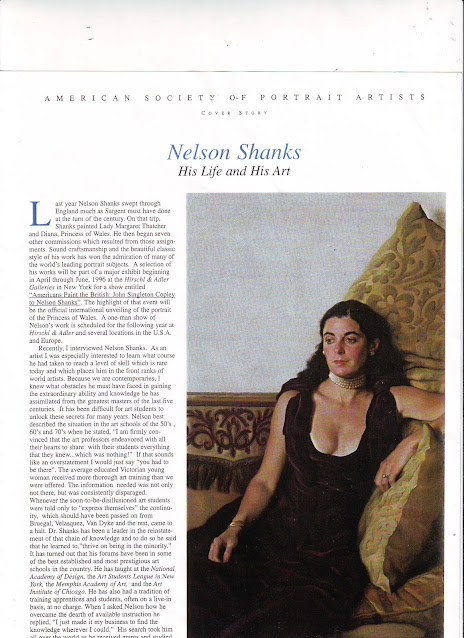 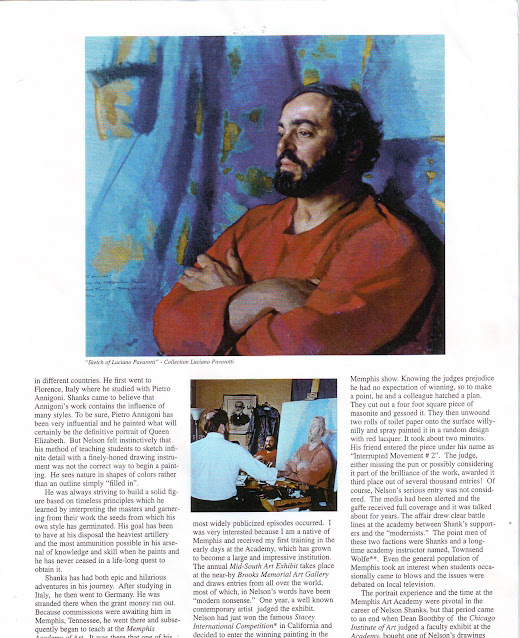 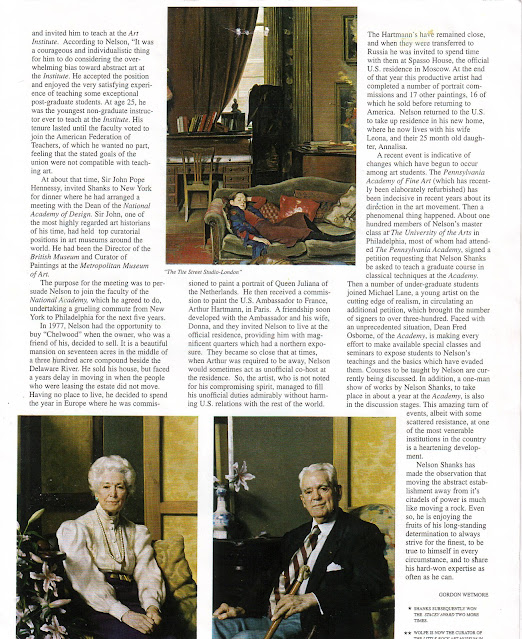 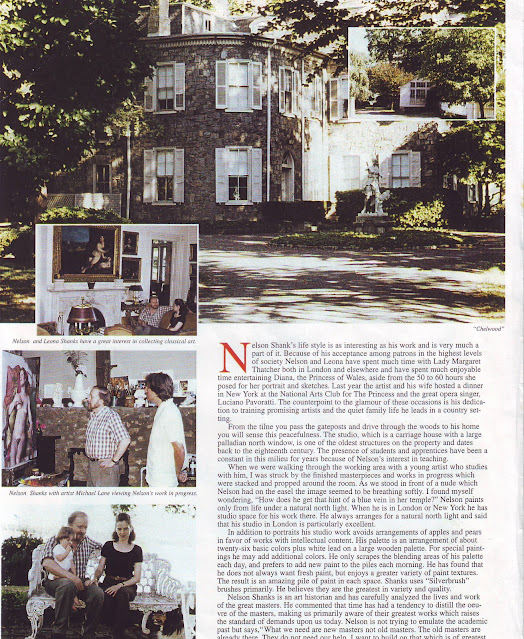